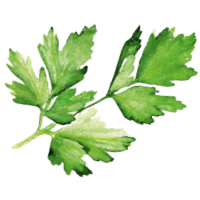 Have you developed a taste for it? Are you interested in what our professional bowl cutters can do for your company? Then feel free to contact us. We will provide you with comprehensive advice on our machines, individual options and find the solution that suits you. Simply send us your request and we will contact you immediately.

Your bowl cutter, equipped with the T2M-R, provides two cutting speeds and two mixing speeds for the knife shaft. Driven by the STL version, the knife shaft drive of the bowl cutter and the mixing gear are continuously adjustable. Up to six forward and two reverse knife speeds can be stored.

So you can react flexibly to requirements: Our special knives, which can be varied depending on the product.

Simply make your job easier. With the optionally available unloader

Especially in the case of larger capacities, this will greatly ease your work. The unloader empties the finished product quickly and completely into the meat cart. Even thin-bodied products are optimally emptied due to the special shape of the rotating screen and the meat guide plate.

For simple and intuitive operation.

You have everything in view – and under control. As each key of your cutting mixer is assigned a function, incorrect operation is practically impossible. The high-quality membrane keyboard is smooth and therefore meets the highest hygiene standards. The clear display shows all current values ​​of knife speed, meat temperature, bowl rounds and batch time. The surface of the touch panel can be organised and adjusted according to the preferences of the machine operator. The advanced panels ensure that the cutters are intuitive and easy to control.

The advanced detail for a more comfortable production process: the split lid solution for the vacuum bowl cutter.

A design that offers many advantages: Users only have to lift the front area of ​​the lid – this makes work noticeably easier. At the same time, the access to the cutter bowl and the loading and unloading of the bowl cutter are significantly faster. For shorter production and evacuation times.

Integrated directly into a double-walled bowl. This shortens cooking times, which saves time and therefore costs.

Your selection results in no hits.